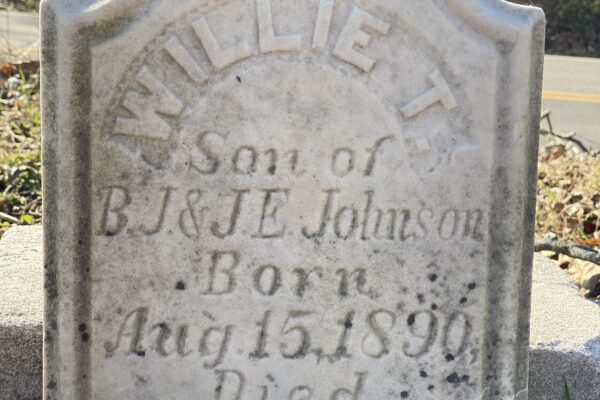 The United States started counting its citizens in 1790 and has done so every ten years since then, but until the 1850 census, only the heads of households were named… everyone else was a tick-mark.  Not only were hundreds of thousands of women and children not named in those early census records, Tennessee didn’t require registration for births and deaths until 1914, and even then, state-wide compliance wasn’t seen until about 1927. Tipton County began keeping its vital records sporadically about 1908, but not every birth or death was recorded. To compensate, many families kept a family bible to document the life events – births, marriages, and deaths – of their family members. If it could be afforded, headstones were another way to document the passing of a beloved member of the family. The pictures and names featured in Tipton County’s Lost Children exhibit are just a few of the children in which the only evidence that they even existed may just be their headstone.

Make sure to copy Registration number after successful submission.

Thank you for payment.