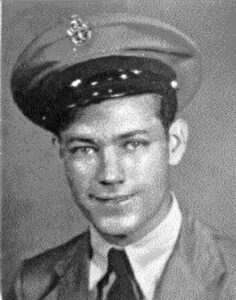 Clyde Samuel Eubank enlisted in the U.S Navy on January 5, 1940. He attended boot camp at the Naval Training Center, Norfolk, Virginia. Clyde served aboard the USS Texas and USS Abbot in 1940 and served aboard the USS Cole from 1940-1945. The USS Cole participated in the following invasions: November 8, 1942, North African invasion; July 10, 1943, invasion of Sicily and the invasion of Italy in 1943. The USS Cole received the presidential unit citation for the invasion of North Africa. Clyde spent 1949 and 1950 at the Memphis Naval Air Station, Millington, Tennessee. He was temporary medically retired from 1951-1956 and permanently medically retired in 1957.

Your ticket for: Clyde S. Eubanks